IF YOU ARE A REGULAR VIEWER OF MY YOUTUBE CHANNEL, YOU WATCH ME address all kinds of skin-related topics, using specific medical terms. I tend to stick with what works, the tried and true, but, of course, I have learned many things along the way. Here I’m going to give you a crash course in Dr. Pimple Popper and some skin basics. This will set you up for what follows in the rest of the book and give you a chance to think about your own skin. It’s important when you read Put Your Best Face Forward that you don’t think I’m speaking a foreign language! Just as people use the metric system to talk about measurements, dermatologists use their own special terms to understand and communicate skincare concerns and concepts. These important terms and techniques help you understand the different conditions and treatments I refer to in the book and on my social media. This guide can even help you to understand your own skin better, and to discuss questions and concerns with your dermatologist. (They’ll be impressed by your new vocabulary!)

A PRIMER ON DERMATOLOGIC LESIONS

The Truth About Tumors

When many people hear the word tumor, they automatically think of something malignant (cancerous) and life threatening. I think of that scene in the movie Kindergarten Cop where Arnold Schwarzenegger yells to the kids, “It’s not a too-mahhhhh!!” Actually, tumor is a generic term, simply meaning a growth on the skin or on an organ within the body. We refer to nonmalignant tumors as benign. So don’t let the word tumor frighten you!

THE TECHNIQUES AND INSTRUMENTS I USE AS DR. PIMPLE POPPER

I probably get the most complaints about posting video footage of numbing procedures, including videotape of my administering anesthesia with a needle and syringe. It gives many people more heebie-jeebies than the purulence, or pus, that emits from an abscess does! But it’s important you see what I do here.

I would certainly argue that dermatologists are the best compared with any other medical specialty when it comes to administering local anesthesia with the least amount of pain and discomfort possible, since we do this on a daily basis. I actually perform many maneuvers at the same time when I stick someone with a needle. I know that this is one of the main reasons why some people avoid going to the doctor: they are afraid of needles. My ultimate goal is to anesthetize patients painlessly—in fact, to numb them before they even realize I’m doing anything at all to their skin—because it instills trust between patient and dermatologist. Here are several of my favorite techniques:

These are the two main types of surgical blades I use. The 11 blade is what I rely on instead of lancets (small, short pins), because it comes to a very sharp point and allows me to nick the skin very superficially to cause as little damage as possible before I extract a whitehead or milium. I use a 15 blade in surgeries to excise tissue before I place sutures, or to shave off a layer of skin to send for a biopsy.

There are so many different types of comedone extractors, but the Schamberg-type tool is really my jam. It avoids excess trauma to the skin and allows controlled, even pressure around blackheads or milia in order to best extract them efficiently.

The comedone tweezer is something I’ve discovered myself because of—guess what?—social media! I, too, was transfixed by videos that I saw on Facebook and Instagram of a physician using a curved tweezer to push against the skin and then to pull out completely the extruded blackhead. I’ve tried it out, and I like it, but it doesn’t replace my original comedone extractor. It’s also particularly satisfying to pull out sebaceous filaments using these funky-shaped tweezers designed specifically to get into tight spaces and pull gently from the skin stuff that shouldn’t be there.

THE PUNCH VERSUS EXCISION

Many of you ask me how I decide which approach to use in removing a cyst: whether to excise the area or to pull out the “punch” biopsy tool that so many of you are enamored of. Well, it has everything to do with the size of the cyst, its location, and my mood that day. In other words, there are many instances when I can do either a punch or a standard elliptical excision, but let me explain my criteria for choosing one option over the other.

In all instances, I could perform a standard elliptical excision, but sometimes the punch excision is quicker, which is partly why I may choose it. First, you should understand that this circular cookie-cutter-type tool is traditionally used to take a skin sample (biopsy) when the goal is to obtain a deeper component of skin, as opposed to a shave biopsy, where we merely take off the superficial layer. We also use the shaving technique to take off a mole sitting up on the skin, so that the area is left flat and flush with the regular skin.

The punch biopsy tool takes a core of tissue so that we can assess the dermal and subcutaneous tissues, the deeper components of the skin. In the case of cyst removal specifically, I use the punch tool to create a larger opening in the cyst so that I can squeeze out its contents and keep the surgical repair line short. Punches come in many different sizes, from as small as 1 millimeter to probably as big as 2 centimeters or so. There are even elliptical-shaped punches (which I don’t use because you can’t cut through the skin with a twist, as the tool is not circular). It’s important to understand that the larger the circular punch, the more difficult it is to close the resulting wound from side to side without creating “dog ears” or “Burow’s flaps”—that is, pooching up of the outer edges of the surgical wound.

This is actually why excisions are elliptical or diamond shaped. Seamstresses understand this concept, as they know that a circle cannot be sewn together without getting bumpy, but “darts” have to be created on the outer edges so that the clothing will lie flat. This is why I perform punch excisions of cysts only if the sacs are on the smaller side. I really use only punches that range in size from 2 millimeters to 5 millimeters; any larger than, say, 6 millimeters, and the dermatologist will need to convert to a more elliptical excision, so I might as well do that in the first place!

Location is also important when determining punch versus standard excision. Areas with thinner and more mobile skin and areas that are generally covered by clothing would be possibly punchworthy. You really won’t see me doing a punch on the face unless the skin is really loose and movable, as in the case of an older gentleman with thin cheek skin. Elliptical excisions are more elegant and cosmetically superior. I don’t use a large punch excision on the thick and stiff skin of the back in a large person because a slit excision may be preferable: any wideness to an excision has to be pulled together, and the more tension that is created, the wider the excision, with increased risk of the scar spreading and an inferior cosmetic result.

AND THE CURETTE RAN AWAY FROM THE SPOON

Before I “became” Dr. Pimple Popper, I was handling maybe ten cyst excisions a year; now I probably do about that much in a week. Needless to say, I’ve gotten better at preparing and predicting cyst behavior, improving the final result, and decreasing the incidence of recurrences. There’s actually a video on my YouTube channel that shows the moment I realized that the curette would be pretty useful when ensuring the complete removal of cysts. The curette is a standard instrument used by medical dermatologists, but most commonly, it’s for scratching or scraping off lesions that grow atop the skin—particularly seborrheic keratosis. I also use a curette to clean out the “hole” at the excision site, to ensure that the entire cyst and cyst wall have been eliminated. Leaving behind any tissue from the cyst wall heightens the risk of a recurrence.

As with politics, this is a divisive topic. Some people prefer watching messy cyst extractions; others prefer watching a cyst excised completely cleanly and intact. I just wonder if one group is composed more of Democrats and the other of Republicans. But as a physician, I always stay away from the topic of politics! Personally and professionally, I prefer a clean extraction, mainly because this reduces the odds of the cyst recurring. Also, as you have seen from my videos, the contents of a cyst sac can be all colors of the rainbow, chunky like cottage cheese or egg salad, creamy like mashed potatoes, or thick and sticky like oatmeal or wet newspaper.

I know you’re not grossed out if you’re a popaholic! In addition, I have learned that the larger the cyst size and the longer it’s been around, the more likely the contents have liquefied somewhat, so if this cyst is opened rather than removed intact, it can create quite a mess. And you guys don’t have smell-o-vision, but you often comment on this; you both want to know and don’t want to know what the contents of the cyst smell like. Well, in general, we in the room don’t want to know, so if we avoid opening up the cyst, we minimize any odor detected.

What do these pops smell like? Not all of these growths I pop out from the skin smell, but like I say all the time, I don’t really try to smell them! We all wear masks, and I would say that smell is not my dominant sense. (Thank goodness in this case.) However, I know that so many of you people are curious about this, so let me give you the best idea, and maybe one of these days I can create a scratch-and-sniff that you guys can get and see for yourself! First of all, it’s mainly epidermoid cysts and infected cysts that have a strong odor. But not all epidermoid cysts have a strong smell. Lipomas don’t smell; they look like raw chicken breast, so I’m guessing if I stuck my nose real close and took a whiff, they would smell like that?

But trust me, I’m not trying this anytime soon. Pilar cysts often don’t give off an odor. However, noninflamed epidermoid cysts can certainly emit a pungent odor that often stays with you hours later, and I’m always reminded that the reason we smell things is because tiny microparticles actually escape into the air and get caught in our nasal passages and nasal hairs, so we are actually inhaling and ingesting odors in order to “smell” them. Gross, huh? Thought I would share that with you. Since I have to deal with that unnecessary and regrettable knowledge, so should you!

Most of us can identify freckles. They are small (usually less than 0.5 centimeters), harmless brown spots that show up on the face, neck, shoulders, chest, arms, and backs of hands. Fair-skinned people and people of Celtic origin with light or red hair and blue eyes often have freckles.

YOU KNOW THOSE TIMES WHEN—BING!—YOUR EYES JUST POP OPEN WITH some profound realization you had overlooked before? For me, it was just past three o’clock in the morning when I felt a wave of anxiety wash over me. “What did I do yesterday?” I thought to myself. 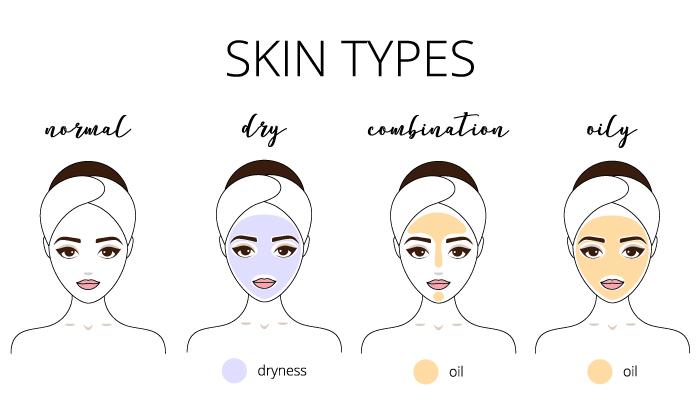 Just the other day, I was meeting with a group of ladies in their late twenties. One of the women, who is struggling with adult acne, asked me a question that I kind of dread: “What is the one single thing we all can do that can get rid of